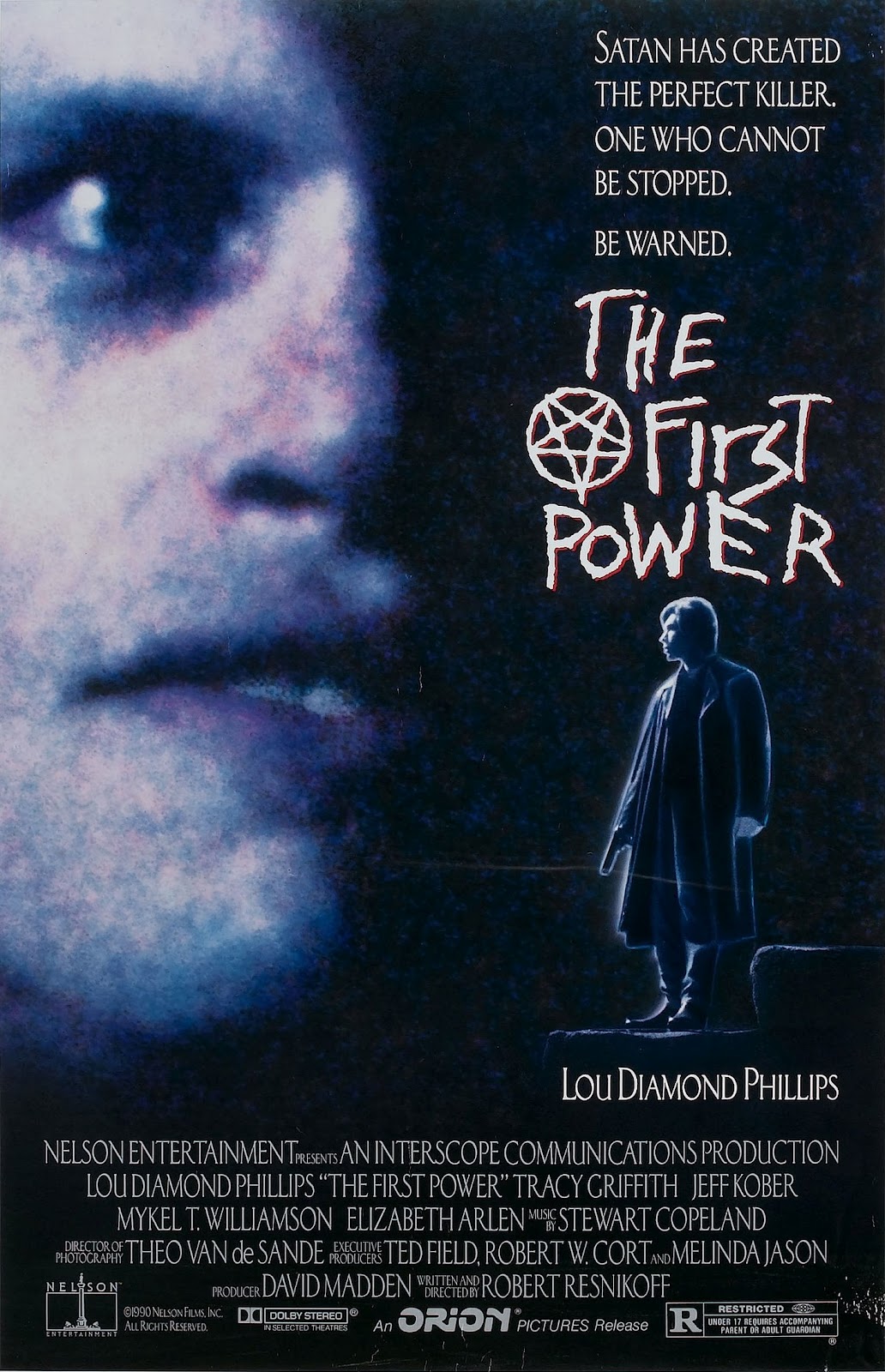 I remember seeing trailers for this on many of the VHS I rented when I was a young boy, and it always appealed to me. When I finally got to see the movie, it didn't quite live up to the expectations I had for it, but then again, what can live up to the expectations of a twelve year old boy? Nevertheless, the killer was incredibly disturbing, and the way he taunted Lou Diamond Phillips' character sent shivers down my spine.

Detective Logan (Lou Diamond Phillips) is a cop who has gained a reputation for catching serial killers. His latest capture is satanic serial killer Patrick Channing (played chillingly by Jeff Kober), who sacrificed his victims in a ritualistic way. He is immediately sent to the gas chamber, which frees his evil spirit which then possesses weak minded people and continues with his killing spree, at least until Logan can put a stop to him for good this time.

The movie features an incredible number of over the top/silly situations, but for some reason, they never come across that way while watching. It is only after viewing the film do you realize how preposterous the situations the characters find themselves in are. Probably the scene that I remember most is when Channing tears down a ceiling fan and pursues Logan with it, with every bullet Logan fires being deflected by the fans spinning blades. The scene is played brilliantly, and shows Channing's single mindedness in his pursuit of murder.

While The First Power certainly isn't considered a horror movie by many, it contains enough horrific elements for me to consider it one. There is blood, a serial killer who cannot be stopped, satanism, possession and a few jump scares. While it does throw many cop and horror movie cliches around, it never feels labored, and the movie moves along at a swift pace, never allowing the viewer lose interest.

The First Power is an intense movie. Lou Diamond Phillips' character is strong, but it is Channing who propels the movie forward. His aura of pure evil and maliciousness drives the story on and on. With each body he possesses, it seems he becomes even more venomous and evil. It is an amazing sight, and one that has certainly stuck in my mind. If you are a fan of supernatural movies with an occult theme, then The First Power will please you in every way. From the gripping and sometimes frightening story, to the over the top stunts and invincibility of the killer, the movie does not put a foot wrong throughout it's running time.