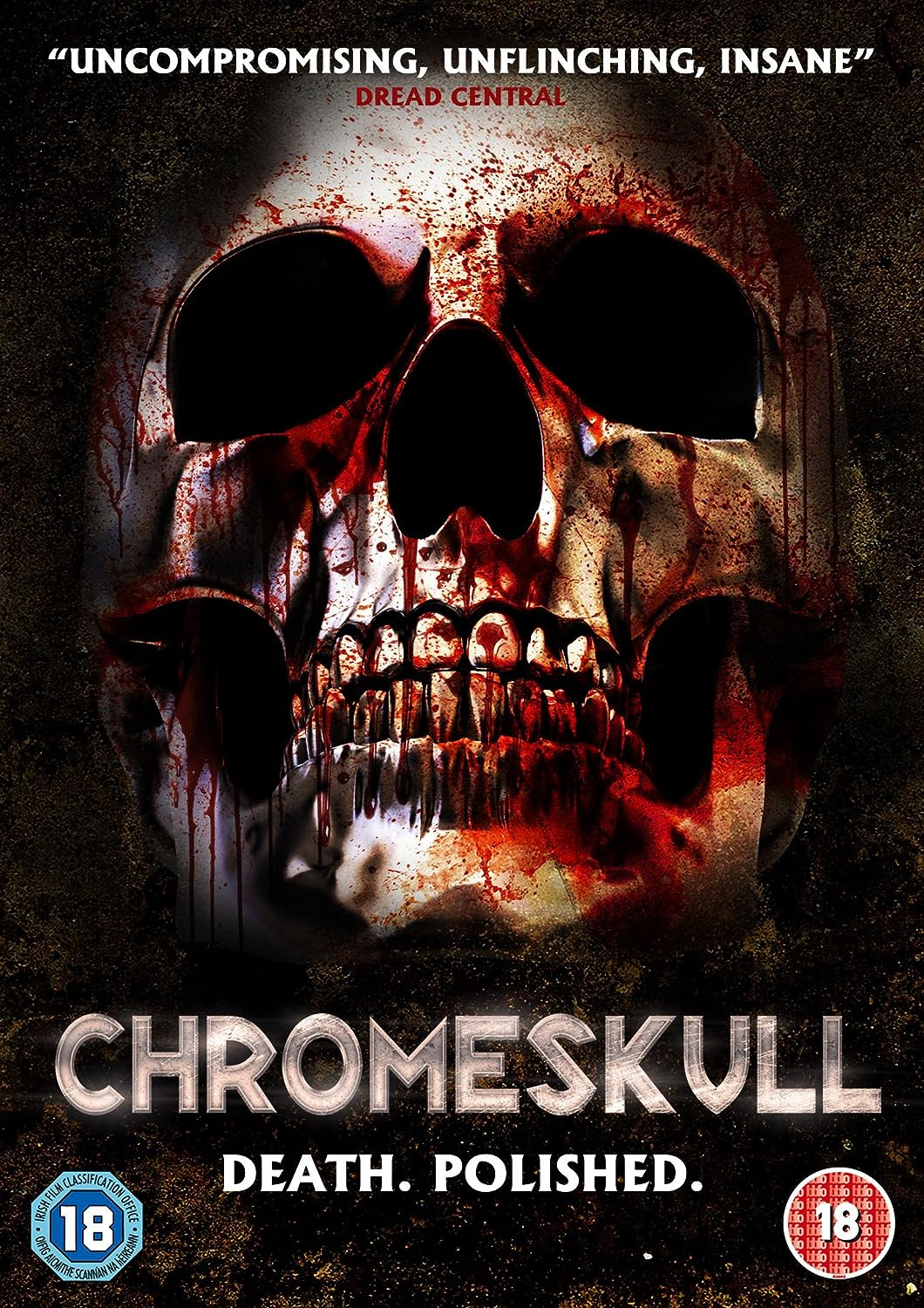 This movie picks up exactly where the original Laid to Rest left off, with Chromeskull's face melting, and two of the people he was attempting to kill getting away from him once more. We then find out that Chromeskull isn't alone, as a team come and collect his dying body and take him away for some reconstructive surgery which plays out over the opening credits. After a member of Chromeskull's company goes out and ties up some loose ends, the movie fast forwards a few months, and again, all hell is about to break loose as Chromeskull chooses another victim for his sick games.

The great thing about Chromeskull: Laid to Rest 2 is that it took a completely different path to the original movie and doesn't retread any old ground like most sequels do. Although it does go a little way into explaining what the character of Chromeskull is all about, it also creates a neat little story around all of the carnage. The story is more well developed than the original movie, and does actually contain a lot of emotion, which goes a long way towards caring for the characters.

The kills are incredible yet again. Everything looks so real and painful. The gore factor is high, which after the first movie, is to be expected, and believe me, this movie does not disappoint.There are also a number of different weapons used, as well as Chromeskulls trademark knives, which liven up the graphic death scenes. Never has death looked so painful as it does in the Laid to Rest movies.

The characters this time are incredibly well realised, but again it is Nick Principe's Chromeskull who dominates the movie. He really has made the character his own, and even though his face is obscured throughout most of the movie, he conveys emotion incredibly well, and comes across as even more intense and scary than he does in the first film.

Chromeskull: Laid to Rest 2 is so much bigger in scope than the previous film, and it really does work. Opening Chromeskull's universe up but leaving the viewer with even more questions was a very clever way to breathe even more life into the story, and it has definitely left this viewer wanting more. A very solid and enjoyable slasher movie with one of the most destructive and efficient killers in the history of cinema.