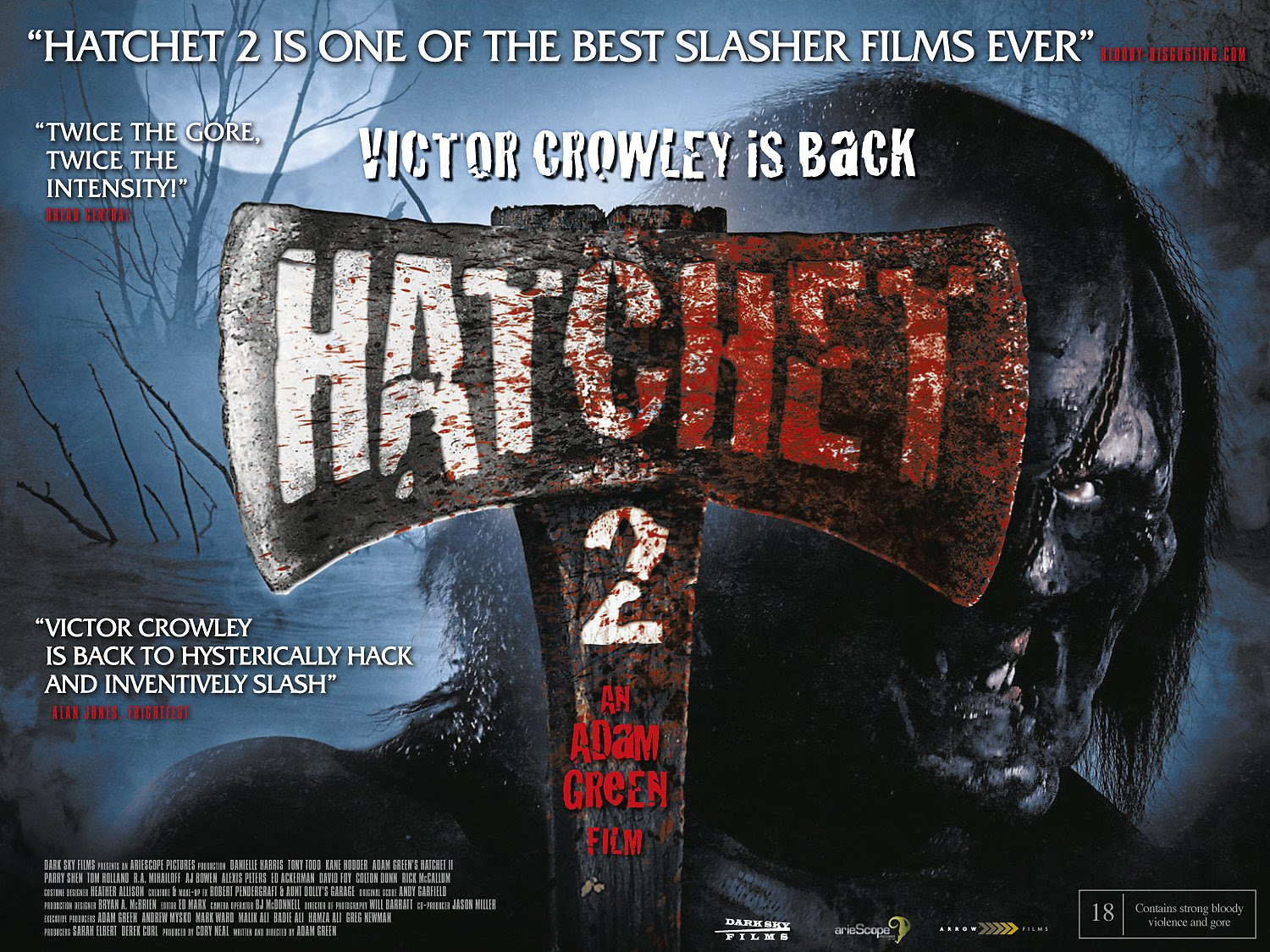 Three years after the original was released, Adam Green continued the story of Victor Crowley, and the reaction to the movie was incredibly divided. Personally, I was looking forward to this movie, so much so in fact, that it fell completely flat for me. On subsequent viewings, I did like it a lot more, but on that first viewing, I was extremely disappointed. It felt rushed, incomplete and lacking the fun characters and dialogue that made the first movie so much fun.

Hatchet II picks up exactly where Hatchet left off. Mary Beth (now played by scream queen Danielle Harris) survives Victor Crowley's attack, and heads back into town to team up with a group of redneck hunters, who are all lead back into the swamp to find Mary Beth's father's corpse and hopefully bring an end to Victor Crowley's reign of terror.

I understand now that I was expecting far too much from this film. Nevertheless, when compared to the original film, Hatchet II feels rather slow, and the characterizations are not as well rounded as they were in the original movie. I feel too much of Victor Crowley's back story was given, and that took some of Hatchet II's power away. Also, the humor seemed so much more prevalent, and it didn't seem to work as well as the original movie. It seemed forced, like it didn't really fit in with the tone of the movie.

When the murders began though, it certainly became a lot more fun. The random and sometimes funny kills were enjoyable, and the film really did go all out with the kills and gore, although there was nothing as inventive as the head rip kill from the first film, which was rather disappointing, although the killing of R.A Mihailoff certainly does come close. It just seemed that the murders didn't hit the same highs as they did in Hatchet. Something was missing, and I can't put my finger on what it was.

With the recent release of Hatchet III in the U.S, I look forward to seeing what Victor Crowley will do next. Hopefully B.J McDonnell will take the movie back to it's roots and not further into comedy territory.