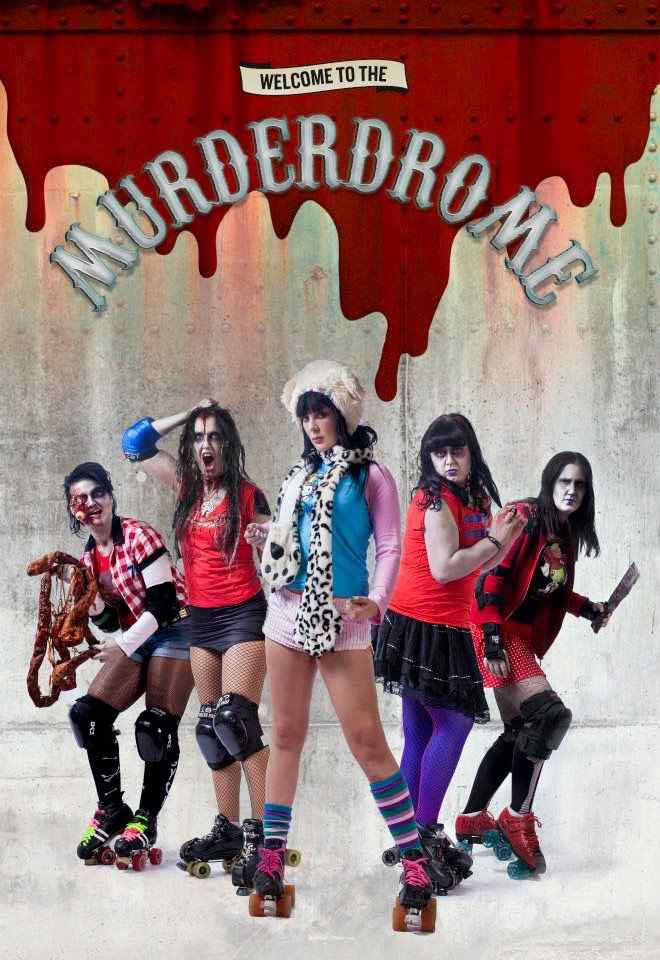 This is a movie where Roller Derby meets supernatural evil! Cherry Skye just wants to skate, but the vengeful ghost of a killer has plans for her soul. Trapped between the wrath of love scorned and supernatural evil, Skye races towards the MurderDrome at breakneck speed. When she gets there, there is no guaranteeing anyone is coming out alive.

"The movie was shot entirely in Melbourne and funded on a wing and a prayer. It took forever to shoot and is taking forever to complete! But it's looking good so far, good enough to bring Monster Pictures on board as a distributor"! says director Daniel Armstrong.

It is such good news that this movie is getting distributed in all territories of Australia, New Zealand and the UK and Ireland. The producers of MurderDrome hope to seal further deals for territories throughout the rest of the world at the American film market later this year.

Don't forget to give the trailer below a look too! I'm sure you will be impressed!